I have been visiting Canley Ford in Coventry for over 30 years, discovering it first one Boxing Day afternoon in the mid- 1980s, on one of our extremely long walks with a three month old baby who would only sleep when togged out in his voluminous stripy Andy Pandy outdoor suit (Mothercare) and wedged into his ‘Cosytoes’ bag (Mothercare) , lying in the sturdiest of buggies (Mothercare) encased in the rain cover (for even extra warmth – we were anxious parents). 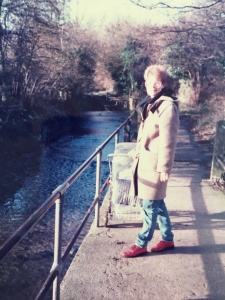 As our family grew, we returned regularly to splash in the ford, to look and listen for the signs of the seasons, delighted then, as now, that we had this green lung so close to home – especially important for us as in those days we had no car and no garden. In a wonderful guest blog for the website Municipal Dreams, my friend and fellow historian Dr Ruth Cherrington described her playtime experiences of the ford, 20 or so years earlier as a child of the 1960s.

During the current Coronavirus crisis, my daily visits to the ford, a short walk from my suburban house, have become hugely important to my physical and mental health. Reached by strolling down a leafy lane, displaying richer shades of greens with every passing day, with celandines on the verges, the ford is surrounded by three meadows, framed with blackthorn (just coming into flower), hawthorn, mature oaks, birch and ash trees. Just now, there are clumps of magnificent daffodils catching the eye and the little pond is alive with hatched frogspawn and the marsh marigolds are coming into flower. I have seen and/or heard great spotted woodpeckers, chiffchaffs, great tits, goldcrests, robins, a sparrowhawk as well as a buzzard circling low, surveying the scene. Best of all have been the emerging butterflies – commas, peacocks and brimstones – dancing ahead of me, alighting on the blackthorn, even settling briefly on the grassy path ahead a step or two of me. 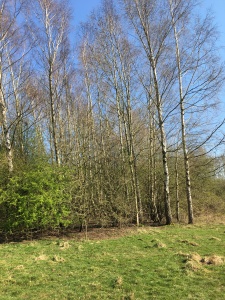 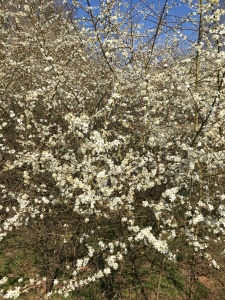 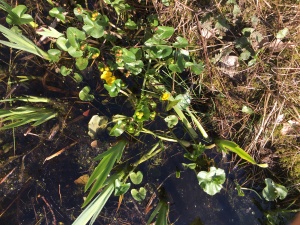 After my first seasonal sighting this week of a brimstone, I wandered home thinking of the delight that the first signs of spring have given to so many people across the centuries – and for so many reasons. I searched and came across this delightful piece of nature writing in the Coventry press, published exactly a hundred years since my own brimstone walk and in these unsettling times, it offered me calm and reassurance. The changing of the seasons will continue to remind me that there are some things I can be certain of. I thought I would share a little of these ‘Countryside Notes’:

…What gleam is there on the sun-ward bank, where the celandines have opened their enameled petals to the effulgence that brings the brimstone butterfly forth, and the enamoured sky-lark’s song? Clear of hue, like freshly opened primrose flower untouched, unsullied, the brimstone butterfly came from over the lea for the first time since the frail blue harebells withered there in October’s surly time.

Through winter’s inclement season the brimstone butterfly has survived frost and snow, and the dismal skies sending rain, while cold winds with searching severity swept across the field to the wood, hurling many a withered leaf far across the glade. Remarkable that it now comes forth as unsullied as the celandines there, opening their enameled bosoms for the first time to the sun.

…Not sights alone but sounds compose the fascinating factor that dwells in field and wood. Where the bee went to the flowering gorse we heard the wail of the plover, heard the whistle of the partridge across the furrowed field, and the cry of the yaffle was a wood sprite’s voice in the silence of the pines where intermingling larches are daily growing from brown and buff to the broadest tone of spring.

When most articles in the press at this time were either anonymous or signed with initials only – in this case F.S.C. – we know nothing about the author, or of the place she/he was describing. When it was written, the world was still in recovery from the enormous impact of the Spanish Flu pandemic of 1918-9 that had inflicted pain and suffering on families, so many of whom were desperately trying to rebuild their lives after the ravages of the First World War. I am sure that the descriptions of the coming of spring comforted many Coventry readers in 1920 but I wonder if the writer considered just how poignant the words would be for this reader, a century on, in the midst of a growing crisis. 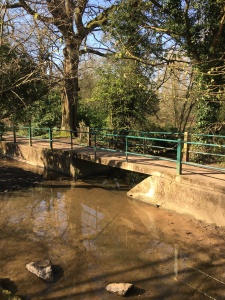